A decade when weight was lost, handling improved, engines became more powerful and the overall package more useful. It was also one of ever increasing complexity, poor frugality and ridiculous sticker prices. The two strokes, except for some odd bikes, a dying breed and the Japanese perfected the straight four, though they strayed far and wide in search of viable alternatives.

Honda went out on a limb with their vee-four series, no doubt annoyed that their primacy in straight fours had been put in doubt by superior rival designs. They took a big bath due to valvegear problems that were only ultimately cleared up when they used extremely expensive gear camshaft drives in the VFR750. Both the VF750 and 1000 were hopelessly complex, far too heavy, inappropriately suspended and didn’t do anything better than rival straight fours. Apart from having an interesting mix of low rev torque and high rev power, and superior smoothness but the secondary vibes in big straight fours were rarely destructive. Not even time has been kind to their designs, both bad and ugly.

The VF400 and 500 were less of a mess, more able to benefit from the vee-four layout in terms of usable power and torque. Still complex, still finicky in their top ends, they could nevertheless be a joy to ride hard. Time has killed most of them off, once the engines go they are very difficult to resurrect. Toss a coin, decide if they were good, bad or ugly!

Definitely good, the VFR750 took all that was fine from Honda’s vee-four range, produced a brilliant all-rounder with a racy edge. It would take most of the rest of the decade to shrug off the earlier effort’s poor showing but minor improvements with each passing year finally managed to assuage Honda’s earlier massive loss of face.

Honda didn’t completely forsake the straight four, the CBX750 finally offering a modern rendition of the breed. Tough as they come, the DOHC four shrugged off the somewhat evil reputation of its predecessor and could play with the big boys from rival Jap companies. Lacked the dangerous handling of earlier CB’s, ran like clockwork to at least 40,000 miles under a minimal maintenance regime. A good ‘un.

The near miss of the decade, the CBX550 – better than its rivals in almost every way, it was burdened with a nasty, short-lived camchain tensioner that made long distance touring an interesting experience. Various fixes tried but even the last model still had a dodgy reputation. You don’t see many about, these days – wonder why?

Kawasaki spent the first half of the decade trying to get their big fours to handle properly – with limited success. The engine redefined ruggedness in GT550/750 form, became loved by DR’s and long distance tourers. It wasn’t until halfway through the decade that they redefined the straight four, in the form of the GPZ900. More than the watercooled engine, it was the way the mill was integrated into the spine chassis that finally absolved the company of its reputation for building strange handling motorcycles. Ultimately, the GPZ900 was still too heavy to make the grade but it had a couple of years before Honda got back into the game with the splendid CBR600.

The latter bike totally restored Honda’s fortunes as makers of high performance motorcycles; an instant hit that remains, to this day, at the top of the sales chart. So well rendered that some riders complain it’s too sophisticated and bland. No pleasing some folk, but it has to be the best motorcycle of the decade!

Kawasaki had a shot at the 600 market with the GPZ and GPX 600’s but they never really threatened the CBR. Yamaha came closer, at the end of the decade, the splendid FRZ600 only lacking comfort – despite the race looks it actually had more low rev torque than the CBR. The Yamaha sported the innovation of its alloy Delta-box frame, so neatly drawn that the bike looked about ten times better once the fairing was removed. Its slanted forward watercooled engine was mildly troubled by gearbox and clutch weaknesses but usually only when the rider insisted on full power wheelies. A bit more attention to detail it could’ve beaten the Honda dead.

Yamaha’s whole range of earlier aircooled fours was bland to the point of non-existence. Whereas the GPz550 four could be crowned as the best aircooled four of the decade (in its blend of handling, performance, frugality and ruggedness), the XJ550 could only be called worthy. The XJ900, in early editions, harked back to the glory days of speed wobbles, circa CB750K1 and Z1, later emerged clothed in yet more worthiness, if heavy, slow turning tourers are your game.

Suzuki held steady with their aircooled designs. First developing the GS into the GSX four valvers and then developing that motor into the GSXR series, which used both air and oil cooling to achieve outrageous power outputs; all three series giving no ground on the reliability front. The 16 inch wheel GSX’s were amusing handlers, though it was the undoubted high speed ability of the 1100 Katana that took the crown for the most frightening speed wobbles. Also give the Kat’s the nod for the most interesting styling.

The original GSXR750 showed the way things were going even though it appeared midway through the decade. It was going to take a while before anyone else was going to match its 400lbs and 100hp. The alloy frame was too closely related to the old wrap-around tubular steel affairs, lacked totally the innovation of Yamaha’s Deltabox chassis, and the GSXR750 was never really settled in the corners and sometimes very dangerous. But that didn’t stop people thrashing the balls off them – no coincidence that many of them ended up without fairings, defining the street-fighter look; cheaper than buying new plastic after a crash. Its lack of comfort was also unbelievable. The 1100 version was a touch more comfy but much heavier. The 750 was street racer of the decade, then!

Suzuki showed that no company’s perfect, fitting the GSX400F with a too small sump; crankshaft bearing longevity questionable even with later upgrades. Like the CBX550, its general performance was ahead of the pack, lacking the blandness of devices like the Z400 four. Another near miss, then.

Suzuki’s smallest twin, the GSX250 was also screamed to a premature death by giddy youngsters though it wasn’t, overall, a bad bike. Yamaha’s XS250 twin never ran in a particularly happy way, neither did the 400 version; any mismatch in the exhaust/carburation or degradation of the electrical system left them in a mess. Kawasaki’s GPz305 was a high revving little nutter that harked right back to the original sixties Honda Dream but would melt its engine when ridden with true provocation.

The GS450E would’ve emerged out of the ether as the best of the twins had not Kawasaki sliced one of their grand dame 1000cc motors in half to produce the GPZ500. Fast, comfortable, good handling, passably frugal and relatively easy on consumables its only real fault lay in the sixteen inch front wheel, that on original rubber could flip away without warning when it hit some diesel. Despite this it makes it as the best twin of the decade.

The greatest missed opportunity of the eighties goes to the Suzuki GR650 Tempter, the only aircooled big twin the Japanese ever made that didn’t have to trundle along with an excess of mass. Beyond comprehension why none were officially imported into the UK (some now available on the grey import circuit).

And the most underrated bike of the decade must’ve been the Yamaha FZ750. A tough, high tech watercooled four, slanted forward to give radically better weight distribution, it had a nice mix of power, handling and general ease of use. It was a step back from the more radical replicas that were to take over scene but a far from boring motorcycle. Decent used ones are available very cheaply, maybe making it the bargain of the current decade on the used scene.

Dog of the decade – well, Suzuki’s GN400 and Yamaha’s SR500 are both in there with a chance at that title, though the trailsters from which they were derived weren’t half bad. The SR has too little power and too much vibration, the GN too much blandness and awful looks. The SR’s considered a classic motorcycle in Japan, still, amazingly, in production (with a TLS front brake, no less). On that basis, the Yamaha wins the title.

If Yamaha had a tough time of it making thumpers, they excelled themselves with their watercooled strokers. The RD350 YPVS the defining motorcycle of the breed. Cracked exhaust systems, dodgy handling from the back end, didn’t diminish the stroker power pulses nor the sheer fun inherent in combining 60 horses with 320lbs of metal. The engines were reasonably tough, though not that many left on the road. Easily the stroker of the decade. Yamaha lost the plot with the RD500 vee-four, though – too complex and finicky to make it as anything other than a boy-racer. The TZR250 somehow lacked the wholeness of the RD350, though it was in every way a ball to ride.

Both the Suzuki RG250 and 500 were harsher more temperamental attempts at stroker nirvana. The four cylinder 500 running amok amongst bigger four stroke fours until something went wrong with the motor. The RG250 had serious engine and handling problems, once a little mileage was under its wheels, but nevertheless kind of fun. Both very good and very bad, then!

Kawasaki’s stroker efforts never really distilled into anything coherent, the KR1 250 not really up to the game – too many things likely to go wrong. Of the smaller stroker singles, Yamaha won out again with the RD125LC and TZR125, both able to take 25 horses and more without easily exploding, in many ways all the motorcycle that a sane person would need.

The commuter of the decade, the Suzuki GS125, a neat little OHC thumper that had a more serious build quality than the pushrod CG125. Every other wannabe commuter was plagued with dreadful styling, poor handling and ridiculous frugality. In a decade where massive progress was made in the fours, the lower end of the market was sadly neglected. 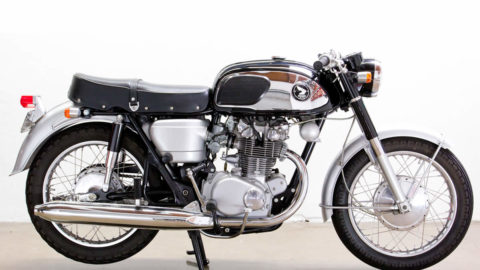 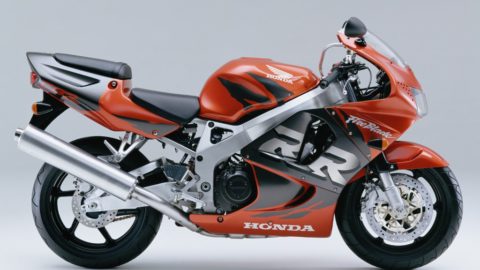 The Best and Worse Japanese Bikes of the Nineties